Whats good y’all? It’s your mans Serg, aka Seth the Tour Manager. I went ahead and put together a list of the tunes I have been bumping to. Here are my #SpringTop10:

— Track goes in and shows that Kamakaze’s presence is solid in the Grime scene.

— Straight bars from both Jammer and Sox. Great seeing the 0121 getting some love from Mr. Lord of The Mic.

— With a filthy bass line and direct shelling of bars, this track is straight HEAT!!!

— Izzie coming in hot with this one. Telling a story through his quick spitting. Definitely Worth a listen.

— This track you bump when you are walking in the club, stunting on all the haters. Gutter feels with a nasty hook.

— This one right here is going to be the Anthem. Catchy hook and thumpin’ beat.

— Soft beat yet banging punch lines. Plus showing love to Dade County with Denzel Curry on the track. Straight Banger!

— Straight killed it with the Flute rhythm. This tune thumps while bringing two dons of the scene together. 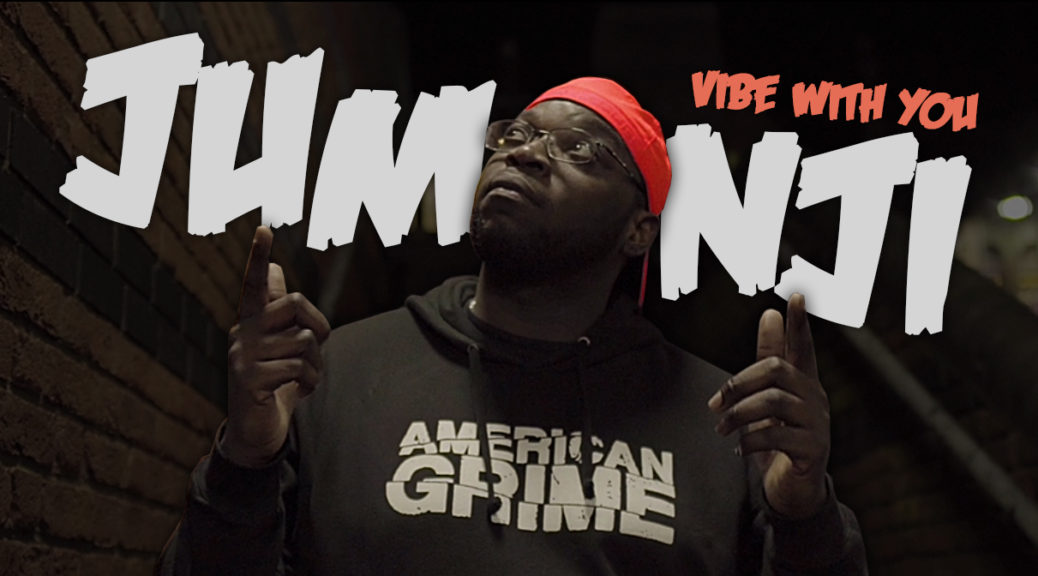 Produced by the bass phenom Benzmixer, Vibe With You is a punchy anthem track from MC Jumanji’s latest EP, Not Done Yet.

Jumanji brought the American Grime sound over to England, grime’s birthplace, to show them how deep the influence of the genre has reached.

With shots in Birmingham, London and Bristol, this minitour of England included cameos by some heavyweights across the grime and dubstep scenes. The legend DJ Chefal of Rinse.fm, up and coming star DJ Oblig of Pyro radio, Shiverz from Monsters UK, Illaman from the famed group Problem Child, Ebow of mega group Foreign Beggars, and a lasting message from Shorty of the infamous BBK.

Lock in to the movement as grime continues to spread worldwide. 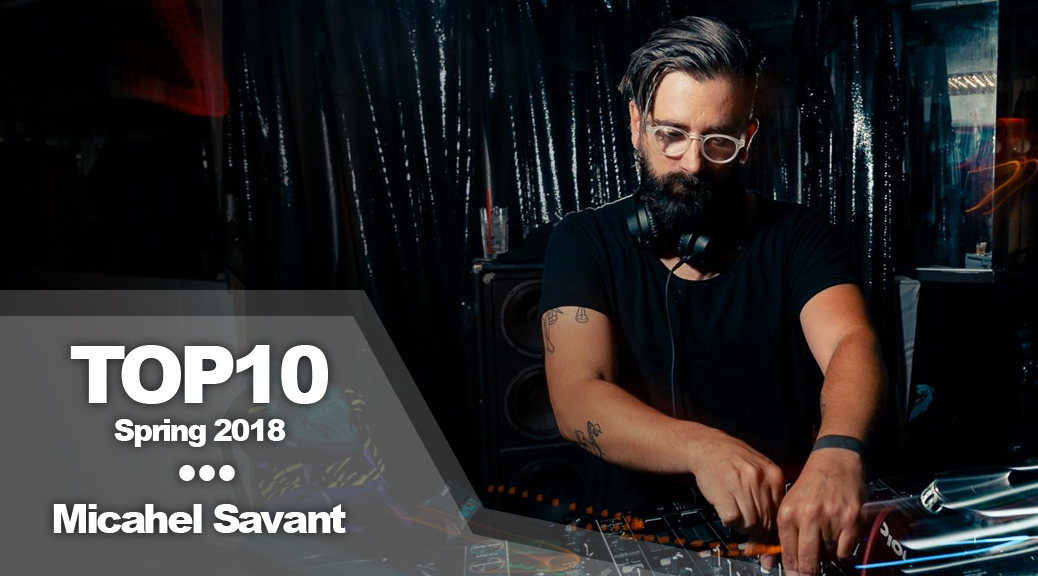 AG Massive! Im Michael Savant, one of the touring resident DJ’s for American Grime and this is my top 10 for Spring 2018. I Included some Instrumentals as well as some vocal tracks and a couple forthcoming so check the links if you are feeling any of them and be sure to pre-order or follow the artists on Bandcamp and Soundcloud for release info. Here they are in no particular order:

This DJ/Producer out of Norwich, UK has been flexing on some serious business lately. You might have heard Appletize out on 1Forty via the Marcus Nasty show on Rinse FM or his collab with KXVU, if not head to his soundcloud and check them both out! This one came from the man himself, not sure on a release but I am sure that there isnt a grime mc out there that wont want to spit bars over this beast.

Out this month on Project Allout this AG favorite, Dubzta, is dropping 11 Instrumentals and 5 original vocal tracks on one full length featuring artists like Devilman, Mayhem, Syer B, Nico Lindsay, Vader, Deadly and Villain. This one mean mugs though, late night cruising, real ass lyrical styling, definitely a standout on the album.

You may know Maxsta from “East London is Back” off of his mixtape, the Maxtape. This dude doesnt hold back, reps hard and isnt afraid of sticking his neck out with his lyrics.

MC, DJ, and Producer Jakebob made this, amongst 6 other dubs for Beat Boss 7 and earned himself a place in the finals. This one really stood out for me and will definitely have a place in our sets this summer. This and the other 5 are up on the Grime Disciple soundcloud as free downloads courtesy of the man himself.

Out on Low Tide Recordings, out of New England, I admittedly dont know shit about these dudes, or the label. The track has yet to break 100 plays on soundcloud, which is absurd because it bangs, and I hadnt heard of the label until just recently and they are based a mere state away from me. I guess we will leave this as a track and label I hope to learn more about and work with in the future.

Out last month and produced by Teddy Music, Fumin shells on this one. His flow is raw and the beat is fucking wicked. Feel free to pull this one back all damn summer.

This beat goes hard, no surprise being that it was produced by Joker, Riko Dan goes in, no surprise because its fucking Riko Dan. The whole EP is absurd, but this is the one I have had in rotation the past couple of weeks. Dont sleep on the rest of it though, Mumdance makes an appearance as well as Pinch, Ziro and Walton on the buttons making this one of my top releases for spring.

Pronounced Ghostly 27 this is his first release Flowdans label, Spentshell and part of a full length entitled Guerrilla Tactics. This was the standout track for me but definitely not the only shutdown on the album. ‘Start It’ featuring Riko and PK go off too, don’t sleep on this one.

Out last month on Steeze, Coco lets you know exactly what kind of mc he is on this one, “a full time not a sometimes mc”. I dont know a single MC that isnt about this mans flow, and this one doesn’t disappoint. Reminiscent of some old BBK shit the bubbling bassline and almost two step inducing drums move you around, no question.

Up now as a free download on Grime Disciple II this track goes the fuck in. This is a screw-face banger and if you dont give it a reload you have no business in the dance, period. I said no particular order but really, I saved this one for last because its just that good. 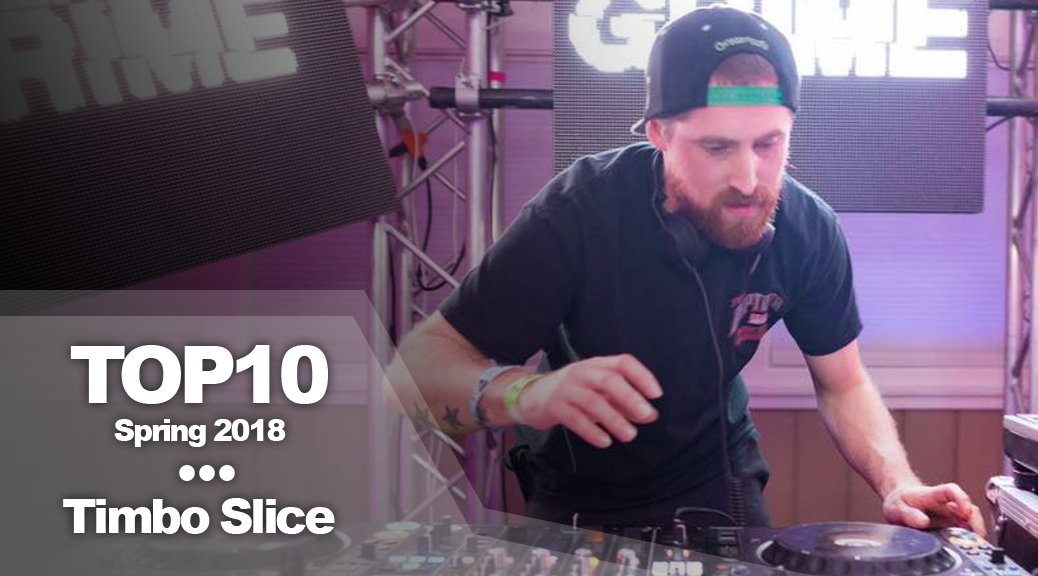 Yo whattup y’all my names Timboslice. I’m a resident DJ for American Grime and a pioneer of the grime movement here in the United States. These are my top 10 tracks of spring 2018!

1. Mez – Angles
Hard vocals with a tough bassline produced by Lewi B.

2. Riko Dan – Krueger (Trends and Boylan)
Dark lyrics that make you feel like your living a real life nightmare. Top notch production from Boylan and Trends.

3. Joker – Anamorphic
What else is there to say. Synth design that’s second to none, another banger from the OG himself.

4. Dubzta – Puzzle
Hard hitting 808 bassline with an upbeat drum pattern to compliment it.

6. Talisman – Modelle and Lemzly Dale
Tough deep bass combined with dark synths make you feel like you might be lost inside of a haunted house….

7. YGG – Strikers
Young Grime Gods finally with an official release of their notorious anthem that’s been making the rounds through the grime scene.

8. Owly beats – Murder
One of the big up and comers on Slimzos recordings, Owly beats delivers another dark deep tune that deserves someone to spray bars upon.

9. Jabz – I Shell
Off of his debut album “Durashells” Jabz delivers a lesson in lyricism over a very trap heavy beat.

10. Boylan and Slimzee – No Cure
Long, tough, hard hitting bass that bring the perfect energy to open a set with. 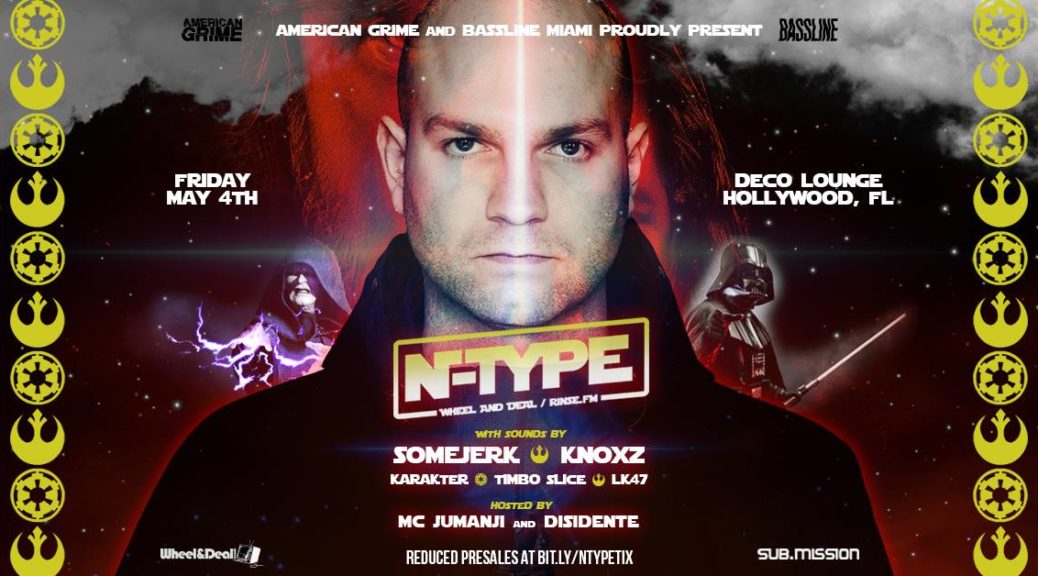