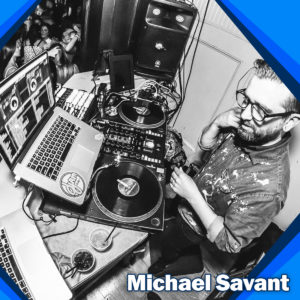 Michael Savant lives his life like he has a personal vendetta for bass-bins. His sets have been described as “leaping and diving from bass-heavy genre to genre like an addict looking for a fix” (Resident Advisor 7/14). His live sets range from Grime, Bass House, Jungle, UKG, Halftime, Future Bass and Dubstep; meaning,  you never know what to expect and he is the perfect DJ for just about any crowd. Savants style of mixing is fast, exciting, and he always brings something fresh to the table like a live remix, a slew of unreleased material, and a ton of energy.

Savant started spinning records in 1998  and was torn between Hip-Hop and Drum and Bass, only to later discover artists like Tricky and Goldie had already married the two. Over the past 12 years Michael Savant has held over 20 residencies in clubs between Providence and NYC while most recently holding down Saturday nights at the once beloved Axis Boston. As Blvck Alive Savant joined forces with Noya to create some of the hardest hitting heavy bass production New England has yet to see. Their debut ep peaked in the top 10 in the dubstep and electro charts.

Sitting at the helm of the biggest weekly heavy bass night in New England, you can find Savant at DGAF every Saturday in Providence Rhode Island and behind the many shows he runs with NextHYPE, his promo company, pushing artists like Spooky, Butterz, and, most recently, pushing the American Grime scene into the spotlight.  As a member of Volume Productions Michael is also a resident at Therapy in Providence where he has honed his afterhours skills for close to five years now. In addition to his experience in the club scene Michael has also held a residency at The Liberty Hotel in Boston as part of their Fashionably Late series which branched off to an extensive career traveling and playing in the fashion show circuit for some houses such as: Louis Vuitton, Betsey Johnson, Ben Sherman and Mercedes Benz New York Fashion Week.