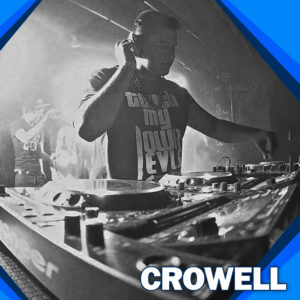 Crowell is a known dubstep producer but has been an avid enthusiast of grime since he first started making music. Hailing from Charlotte, NC he’s been following grime mcs and producers since 2010. He’s worked worth Nottingham MCs like JDot and Phiddiz. Several solo releases on his bandcamp, and has recently had MCs Irah and Killa P jump on vocals for his collaborations with Abrstrakt Sonance.

Plenty of his tracks are getting played out by the likes Jackdat, Plastician and the man Spooky himself from Rinse fm. Crowell has a passion for a grime and grime culture, so expect to see this name pop up more in sets and tunes!